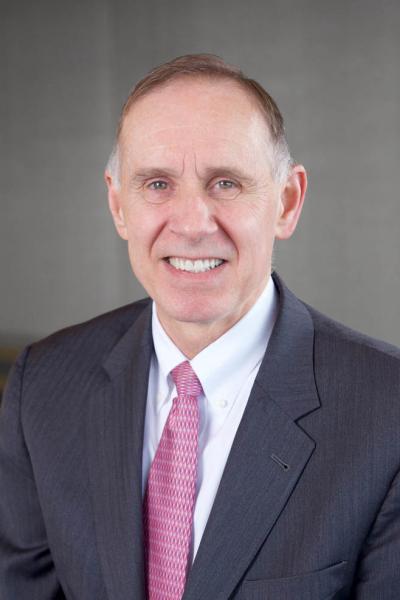 Vice President for Medical Affairs, Tyrone D. Artz Dean of the Roy J. and Lucille A. Carver College of Medicine

Brooks Jackson, MD, MBA, became the UI Vice President for Medical Affairs and the Tyrone D. Artz Dean of the Carver College of Medicine in November 2017. As vice president for medical affairs, he is responsible for integrated planning and operations for University of Iowa Health Care, which is comprised of University of Iowa Hospitals & Clinics; the University of Iowa Carver College of Medicine; and UI Physicians, the state’s largest multi-specialty physician group practice. A powerful resource for Iowa, UI Health Care has a total impact of more than $4 billion on state’s economy and is responsible for more than 33,000 jobs in the state.

As dean of the UI Carver College of Medicine, he is the leader of Iowa’s only comprehensive allopathic medical school, with the mission of inspiring and educating world-class health-care providers and scientists for the people of Iowa and our global community. In addition to serving as dean, Jackson is a professor in the Department of Pathology in the Carver College of Medicine.

Jackson is an internationally recognized AIDS researcher and is board-certified in pathology and transfusion medicine. He was the principal investigator of the National Institutes of Health–funded International Maternal Pediatric Adolescent AIDS Clinical Trials (IMPAACT) Network, which conducted landmark clinical trials for the prevention of mother-to-child HIV transmission and the treatment of pediatric HIV infection and complications. These trials led to the prevention of HIV infection for hundreds of thousands of infants as well as improved treatments for children born with HIV worldwide.

From 2001 to 2014, he was the chair of the pathology department at the Johns Hopkins University School of Medicine. He holds an MBA and MD from Dartmouth College in New Hampshire and completed his residency in pathology at the University of Minnesota.